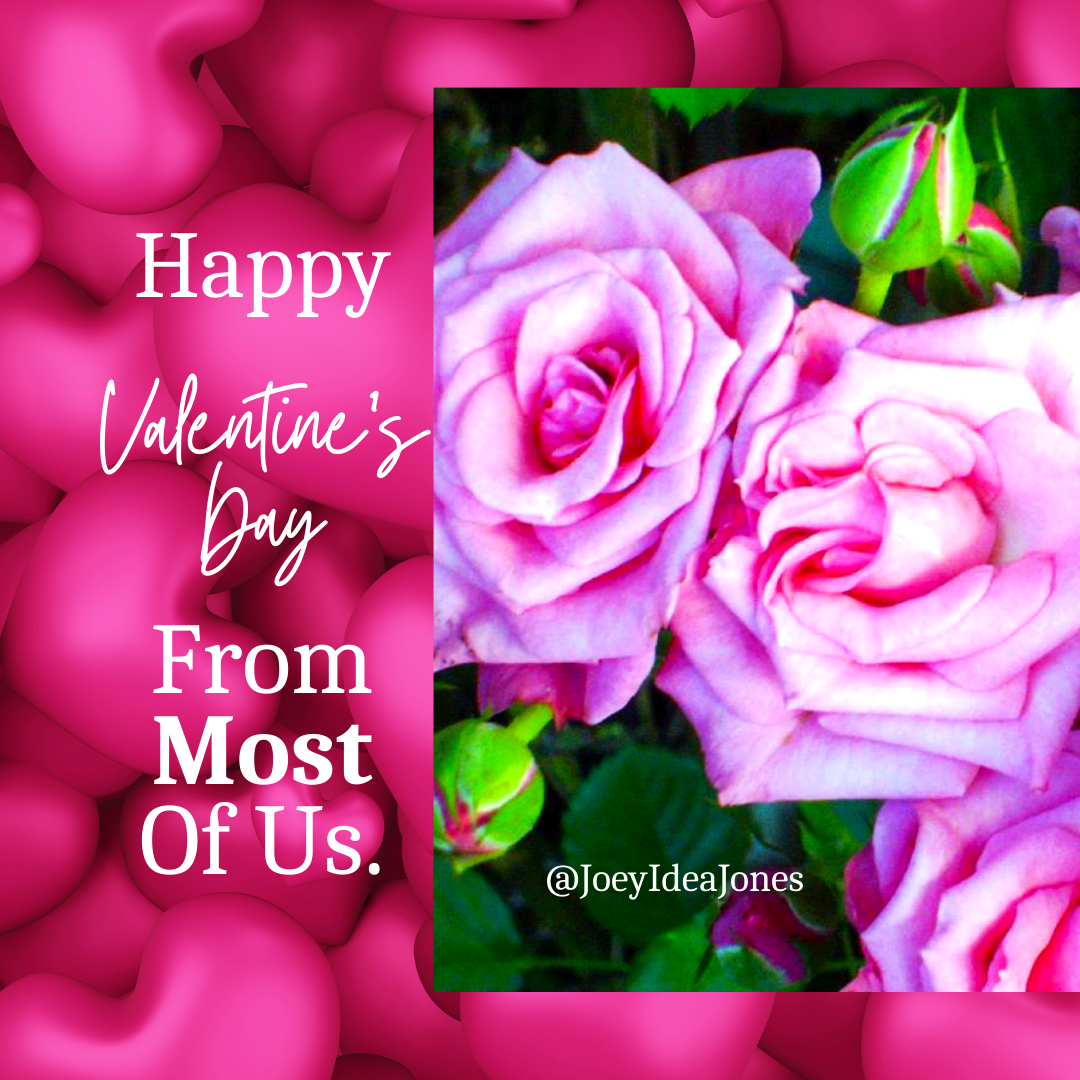 I once wished someone “Happy VD!” without realizing the double-entendre. Oops. He wasn’t amused. Valentine’s Day can be a field full of heart-shaped land mines.

In junior high and high school, the cheerleaders used to sell carnations for a dollar each. You could write a little card and around Valentine’s Day (or on it if it was a school day), they would interrupt classes to deliver the carnations. You’d sit in class, knowing Today Is The Day, feeling a bit sick. You never knew exactly when it would take place, but at some point, two cheerleaders would walk in with a tray. They’d announce names as if picking teams for dodge ball. “Lindsay Flag Twirler?” Then they’d present you with a carnation. If you got more than one, they wouldn’t just hand them all over. No, each was announced separately. It was torture. People who got bunches of them gloated, people who got none looked sick. It was school-sanctioned torment.

From my tone, you’d think I was one who didn’t get flowers, but I always got a few. Sometimes more. But my mom was worried I’d have to sit there, unflowered (insert “deflowered” joke here) in front of everyone. You wore them through the rest of the day. Popular kids looked like Rose Bowl Parade floats while most people looked… like they’d rather be anywhere else. Mom used to send me one (she’d give the money to a friend of mine and it was from an “anonymous” admirer, but I knew). That was sweet. She was trying to protect her kid from humiliation. My friends and I would send them to each other. I often had a boyfriend and we’d exchange them as well. I was middling-popular in school, neither the bottom nor the top of the pecking order.

And still, I hated it. I’d cringe for people who had to sit through all of that only to be embarrassed. Being human, everyone looked about to see who got what, and who didn’t. We might as well have pinned big letters to our clothes stating our status in the school popularity rankings. It’s been long enough that I can tell my secret — I used to pick people at random and send them an anonymous flower, probably because my mom used to send me one. I’d change my handwriting, just in case. I even sent one to myself one year, with extravagant praise I could read aloud to make people laugh.

In addition to the flowers, another team (JV cheer? Flag twirlers? I don’t remember) sold boxes of conversation hearts. So you got to go through it twice.

The pandemic has brought us few benefits indeed, but one is that not having school in person has meant that awful tradition became impossible. As we slowly, cautiously come out of our pandemic burrows (because, let’s face it, the pandemic isn’t over, and so long as some of us insist on behaving as if it never happened, who knows how long we’ll be dealing with it), let’s consciously ditch that which wasn’t working to begin with, like school-sanctioned popularity contests. Ugh. I want to reach the day when I tell a school-aged kid about it and they don’t believe it was ever a thing.

Just so you know, you have the capacity to be absolutely wonderful and you deserve flowers. Heaps of them. On Valentine’s Day and other days, too. Happy Valentine’s Day!

This entry was posted in Uncategorized. Bookmark the permalink.