Our daily activities involve sound. Mark works at a radio station, and Joey is a freelance field producer for radio networks and stations. Once in a while, we’re asked to take on a special project that requires more than the efforts of just the two of us:

No Drugs Down the Drain Spots – Water Education Foundation

The Water Education Foundation came back to us in 2012 to have us develop a series of radio spots designed to drive traffic to the No Drugs Down the Drain web site. 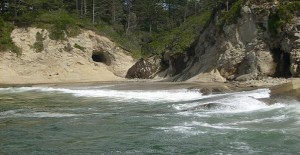 WEF wanted the spots done quickly, so we dispensed with the casting process and asked Martin, our announcer from the first series, to reprise his role for this series. Martin also took a crack at our snooty French waiter (for the “Nitro With That” spot – note that the names were for our internal use, and not presented to the sponsors that way). Martin nailed that performance, so Mark ended up being the announcer for that spot, with WEF staffer Beth as the customer.

In 2006, the Water Education Foundation came to us for help in developing some radio spots designed to drive traffic to their web site.

We developed two different series of spots, with three spots rotating in each series to keep the message fresh.

The challenge came in developing the Spanish language versions of the spots. We don’t speak Spanish. Where would we find a translator and bilingual actors, all of whom would be working for a relatively tiny fee?

Joey’s idea of checking local colleges for translators worked better than we could have hoped. Alejandra was a teaching assistant at a local college, and was not only able to translate the text, but checked our actors’ pronunciation as they were recording.

We hired actors mostly from California Stage, where they were in production with Let the Eagle Fly (a salute to Cesar Chavez and the United Farm Workers). Many in the cast were bilingual to some extent, and with Alejandra making sure their pronunciation was accurate, our actors turned in some fine performances.

You Want What? / ¿Quieres Que?