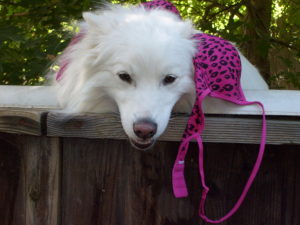 I get it — human beings like labels (applied to others). It’s a natural function of the brain to categorize. It’s how we navigate the world. “That is similar enough to this so that I sort of know what to expect.”  Without it, we’d constantly be stuck, trying to evaluate every person, experience or thing that is even slightly unfamiliar.

But nobody likes to feel “labeled,” especially when those labels are dismissive or derogatory.

When we completed the first draft of Based On A True Story: Really (Almost) True Story, a writer acquaintance said it was great, he enjoyed it a lot, but he’d only read it if his wife bought it and left it lying around. He wouldn’t buy it for himself, he said, because it’s “Chick Lit.”

I wasn’t sure how to take that. Here, in order, are the usual reasons people are dismissive of “Chick Lit:

Ultimately, that’s what is at the bottom of “Chick Lit as insult.”  It’s usually by women. Has female protagonists. Generally includes humor.  But because it’s “female,” it gets relegated to a pink, frilly literary ghetto. You don’t see the “dick lit” section in a book store.

As near as I can tell, most often, “Women’s Fiction” is “Chick Lit” without a sense of humor. This is not a criticism of books labeled “Women’s Fiction,” by the way. What I’m saying is that because they usually have female protagonists, “Women’s Fiction” or “Women’s Literature” books aren’t simply considered Fiction, or Literature. No, they’re off in their own category, as though they couldn’t lift the barbells and were relegated to the sidelines. And yet, being more serious in general, Women’s Fiction books are considered more important and valuable than Chick Lit books.

I’ve heard it described as the difference between steak and popcorn, steak being considered more worthy than popcorn. Yet both steak and popcorn follow the same path, from a digestive standpoint. Popcorn is a whole grain, with its own nutritive value. It isn’t that steak is better somehow. Steak and popcorn are both good and give you different things. I wouldn’t want to watch a movie with a bucket of hot, buttered steak.

A good laugh when you need it, whether it’s a bark of surprise or a hoot of recognition, helps relieve stress, so it’s good for your health, and lowering your stress makes you better able to deal with the often confusing, confounding humans around you, so it’s also good for their health when you laugh.

So I’ll go on peddling popcorn and busking on the boardwalk, proudly, and let others categorize my work in whatever way works for them. My big hope is that I can do for someone else through my writing what books have done for me in my darkest times. And if someone else calls my work “Chick Lit,” I’ll wear the badge with pride.